It’s harder to divvy up sea days in a blog, so I will post in chunks.

First I have to mention the further degradation of Latitudes benefits. There is a coupon in our welcome packet for the “Behind the Scenes Tour” but the back of the ticket states that the tours have been suspended by Miami until further notice.  Seriously, why put the coupon in the packet?  Why not put the cancellation in a separate note? This way, until you look at the back of the “coupon” you don’t realize the perk has been eliminated.  Second is that the Platinum dinner is only good for one appetizer, one entree and one dessert, and is only good @ le Bistro or La Cucina…still get a bottle of wine though, for now. We can each do a bag of laundry still, so that’s something!

The big excitement this day (for our band of merry travelers) was our DOS friend’s balcony repair.  They arrived to tighten a loose bolt on the railing of her front balcony. and somehow they shattered one of the panels, which spilled glass onto the roof of the fly bridge. THAT got the Captain in her cabin, wlth assorted officers. She ended up with a portion of her balcony roped off, and a bit of a fun story.

We had rough seas all day, but did get to take some photos when the sun peeked out. 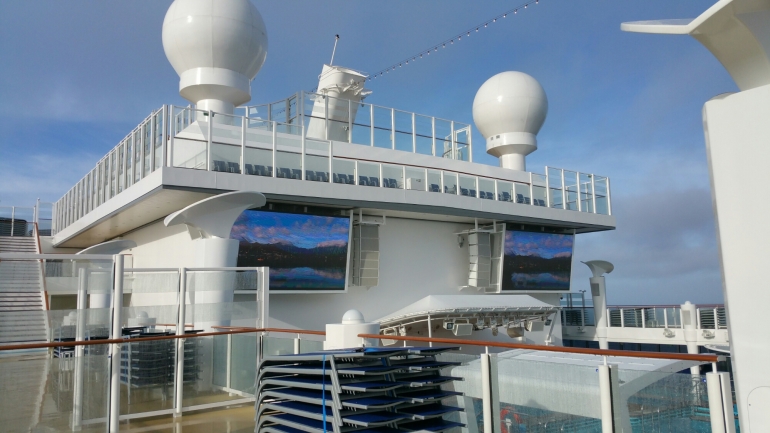 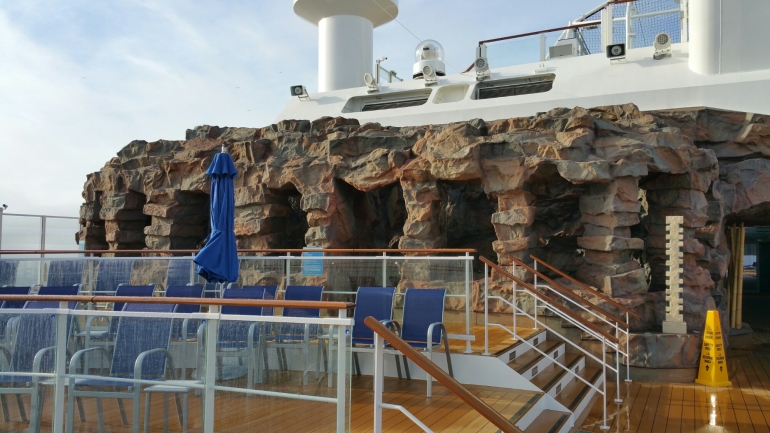 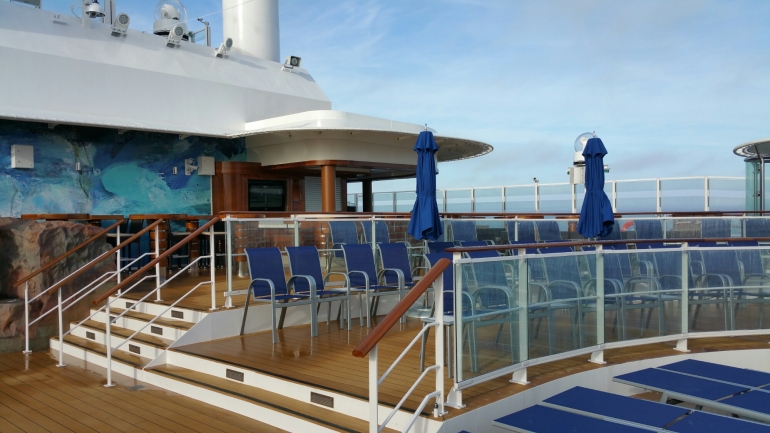 Had a good lunch at the Haven restaurant..(Giant sandwiches but very small scallop entree).

The VIP cocktail party was in the Haven as usual. I have noticed the nicer the Haven the longer it takes for them to throw people out who are not Haven guests!😂😂

The big excitement the next day was waking in the morning and turning on the navigation channel and seeing this:

Heading towards Spain could only mean one thing. Medical evacuation.

Let me preface the following with the statement that I feel terrible for the poor person who was airlifted from the ship.  As a passenger though, I couldn’t help but be fascinated by the process.

The crew set up in three different areas around the ship so they were ready wherever the helicopter came in.

The chopper belonged to the Spanish Navy and ended up performing the evacuation from the stern of the ship. 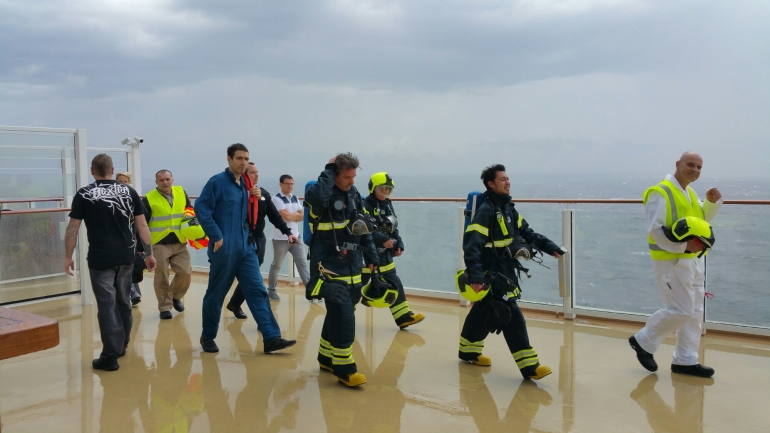 Big doings like that work up an appetite, so off we went to Food Republic. Hands down the best food we’ve had on a ship! This does not taste like ship food at all!
The menu is ala carte, but reasonably priced and worth every penny!

We decided to go to Bayamo for dinner, keeping up the streak of “new” food. Unfortunately, Bayamo is definitely “cruise ship food”. It was good (loved the carpaccio) but nothing compared to Food Republic.